Board of Directors of ICICI Venture 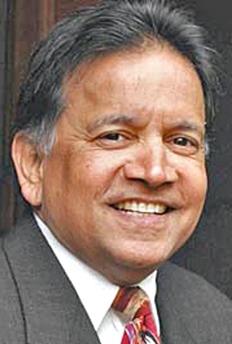 Mr. Sridar Iyengar is an independent consultant and mentor/investor in early stage companies. He was previously with KPMG in the UK, India and US holding senior positions in various disciplines. He was on the founding team of KPMG in India and the Chairman and CEO of KPMG’s India operations between 1997/2000. Since his retirement from KPMG, he divides his time between his corporate Board/Advisory commitments and his involvement with social development and civil society issues in India. He serves on the Boards of Dr. Reddy Laboratories, Mahindra Holidays and other Indian and Foreign companies. He was previously on the Board of Infosys and ICICI Bank. He was a founding charter member of TiE (The Indus Entrepreneurs) and a president of its Global organization as well as the Silicon Valley and Mumbai chapters.

Mr. Iyengar graduated with B.Com (Hons) from the University of Calcutta and is a Fellow of the Institute of Chartered Accountants in England and Wales.

Marti G. Subrahmanyam has obtained a bachelors’ degree in Mechanical Engineering from the Indian Institute of Technology, Chennai, a post-graduate diploma in Business Administration from the Indian Institute of Management, Ahmedabad and a doctorate from the Massachusetts Institute of Technology, USA. He is the Charles E. Merrill Professor of Finance, Economics and International Business in the Stern School of Business at New York University and has published various articles and books in the area of corporate finance, capital markets and international finance. He was the Founding Editor of an academic journal specialising in derivative securities and markets entitled Review of Derivatives Research. His research interests include valuation of corporate securities, options and futures markets, asset pricing, market microstructure, and fixed income markets. Books authored by him include Recent Advances in Corporate Finance (Irwin, l985) and Financial Options: From Theory to Practice (Dow Jones-Irwin, l992). He has won several teaching awards including, New York University’s Distinguished Teaching Medal in 2003. He has won several teaching awards including, the Distinguished Alumnus Award, 2011 awarded by Indian Institute of Management, Ahmedabad 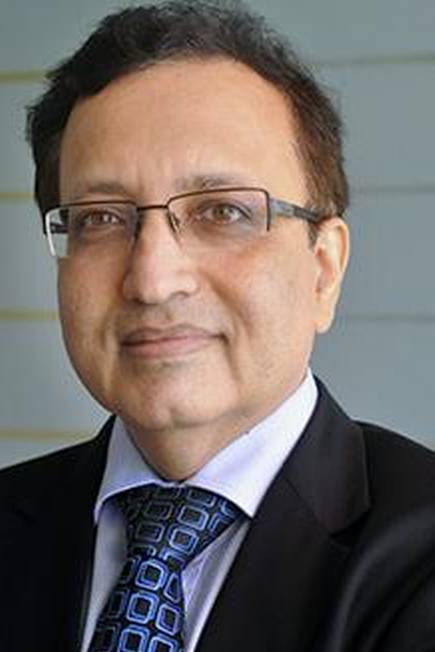 Sandeep Batra has been working with the ICICI Group for the last 20 years and is currently the President – Corporate Centre at ICICI Bank.

Mr. Batra has been a founder member of the ICICI Prudential Life Insurance team and has worked with the organization as its Chief Financial Officer from September 2000 till 2006 till he joined ICICI Bank as its Group Compliance Officer. 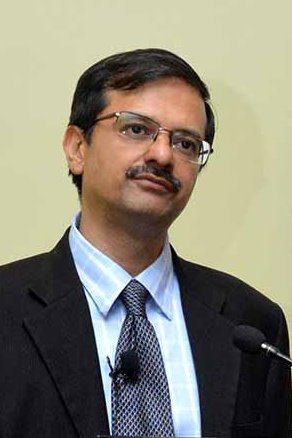 In the last twenty-four years at ICICI, Rakesh has worked across various functions including Strategy, Treasury and Planning. He has been involved in a number of strategic assignments including ICICI’s listing of ADRs on NYSE in 1999 making it the first ex-Japan Asian financial services company to list on the NYSE. He was also involved in the successful merger of ICICI Limited and ICICI Bank in 2002 creating the largest private sector bank in India. In his role as the head of planning and performance bank-wide performance management, he has set up robust systems for reporting and monitoring bank-wide performance at a granular level.

Mr. Puneet Nanda is Managing Director and CEO of ICICI Venture with responsibility and oversight of all verticals across its diversified alternative asset management platform. Mr Nanda joined ICICI Venture in June 2020. Prior to joining ICICI Venture, Mr. Nanda served as Deputy Managing Director of ICICI Prudential Life Insurance, one of India’s largest life insurance companies in the private sector with an AUM of over USD 20 billion as of March 31, 2020. Mr. Nanda was closely involved in the IPO of ICICI Prudential Life Insurance which became the first insurance company to be publicly listed in India in 2016 at a valuation of USD 7 billion. Mr Nanda served on the Board of Directors of ICICI Prudential Life Insurance from August 2010 until June 2020. He joined the company at its start-up stage in January 2001 as Head of the Investments function. During his 19+ years at the company, he was responsible for initially building and thereafter nurturing the high quality investments program of the company across asset classes including public and private equity, public and private debt, real estate and strategic investments. Subsequently, since 2010, his role was expanded to include oversight of other business functions of the company involving over 14,000 personnel across 500+ offices pan India as of March 2020. He has also served on the Board of Directors of ICICI Prudential Pension Funds Management Company as its Non-Executive Director between 2009 and June 2020. Prior to ICICI Prudential Life Insurance, Mr. Nanda has worked at ICICI Securities and J.P. Morgan. Mr. Nanda received a B.E from Malaviya National Institute of Technology, Jaipur and PGDM (Finance and Marketing) from IIM Lucknow. 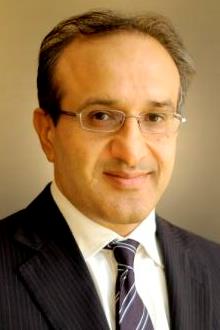 Mohit Batra is the Executive Director on the Board of ICICI Venture, which is ICICI group’s alternative assets company, where he leads the Infrastructure practice. He joined ICICI Bank in 1992 and worked in the areas of corporate and project finance across a range of manufacturing sectors. He then moved to Mumbai as a part of ICICI Bank’s newly set up Infrastructure SBU and in 2004 was given the responsibility to Head the Project Finance Group which worked across the entire spectrum of Telecom, Manufacturing, Infrastructure, and Oil & Gas industries. In addition, Mohit was also involved in the strategic finance and advisory services offered by ICICI Bank including M&A, transaction structuring, acquisition financing etc. for the period 2006-07. Mohit has experience of around 150 deals including Public Private Partnerships. He has worked across the entire Capital structure including equity, subordinated /mezzanine debt and senior debt with total financing committed of around USD 36 billion.

Mohit has operated at the board level of companies and has had hands on experience in project finance, corporate banking, equity investing, strategic finance and resolution of stressed assets. He has in the past worked on several infrastructure policy initiatives undertaken by the Government in the areas of power, telecom and roads.

At ICICI Venture, Mohit is responsible for infrastructure investments including Resurgent Power, which is a Power Platform co-sponsored with Tata Power for buy-out of Indian power assets. Resurgent has recently completed the acquisition of Prayagraj Power Generation Company, a 1980 MW supercritical plant as part of the stressed asset resolution process initiated by the lenders.

Mohit is an engineer and has an MS in Management from Purdue University, USA.